As I said in the last post (http://blog.raleighhometeam.com/?p=31&preview=true), we watch the market for single family RESALE homes, and then we distinguish them by their price range – over or under $500,000.  Here’s what the market has done in these zip codes: 27607, 27608, and 27609 – the core expensive zips ITB and including the North Hills area.

There are some VERY surprising statistics through the 2nd quarter!!

*median DOM (Days on Market) are just under 30

This zip encompasses some of the most popular more expensive neighborhoods – Budleigh, Coley Forest, Sunset Hills, University Park. It also includes Meredith Woods, which isn’t “ITB” but falls within the zip (and our MLS area that includes ITB). So, Meredith Woods can skew the data downwards – it’s a great neighborhood and has seen strong price increases, it just doesn’t have the cachet some folks seek. 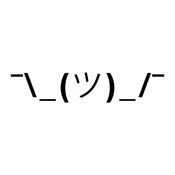 This zip is the only one we’re discussing that ONLY includes homes within the cozy confines of the Beltline, and some of the highest price/square foot homes in Raleigh.  Neighborhoods like Hayes Barton, parts of Budleigh, Five Points, and Fallon Park.

This is where the action is at!   Although the 27609 zip code reaches far beyond the large lots and older homes of Drewry Hills & Country Club Hills, North Hills (and Lakemont for smaller homes) has really enjoyed a great year.  Some of North Hills information will be skewed since we’re not looking at new construction, which is abundant there in the teardown market. This may also show some resale price constriction, since builders are tearing down older homes.

The average price is UP an astounding 21%!

But since whether the homes are above or below $500K, appreciation was 7.5% or less – how does this happen…

DOM actually INCREASED, but they’re still only 11 days – there was really nowhere to go but up. And when the market shifts to more expensive homes that always take a little longer to sell, the DOM will creep up. Still, look at the slash in DOM for >$500K homes – they were more than cut in half to just 28 days.

If you like the data and analysis, but want to know about a different zip code, or even get a closer look at your neighborhood, just drop me an email at Bo@BoBromhal.com and we’ll create the right report for you!